In mid-April of this year, along with our very good friends, Lew and Louise, we took an American Cruise Lines river cruise down the Snake and Columbia Rivers, essentially following that part of the expedition’s route that Lewis and Clark established years ago. The river boat, American Pride, is constructed to look similar to the river boats of old,

complete with a bow-mounted gangway (see above), that we actually used occasionally, and a stern-mounted paddle-wheel which turned and splashed but otherwise had really nothing to do with this boat’s actual propulsion system.

Our trip started when we boarded American Pride at the Port of Clarkston, WA (just across the Snake River from Lewiston, ID). Once aboard we spent the remainder of the day and all night traveling downriver on the Snake.

Eight dams have been added to the Snake and Columbia Rivers between our starting point and the Pacific to make them completely navigable – which meant we would be traveling through eight locks, stepping down at each one, until reaching sea level near the end of the trip.

We entered the Columbia River early in the morning and docked at Richland, WA. We spend the day here, visiting the Sacajawea State Park, at the confluence of the two rivers and the Reach Museum. 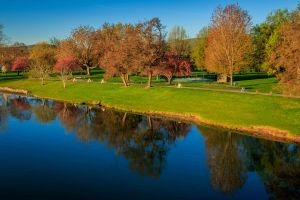 The local weather was sunny and clear. The river was quite still where we docked creating some very clear reflections of the local park. The park also sported some excellent tulip beds, at least a couple worth capturing some images.

We departed Richland in time to have dinner and end the day with another relaxing evening while we continued down the river to our next stop at The Dalles, OR.

I got up early and captured this sunrise image prior to docking. For me, the highlight of The Dalles was our visit to the Columbia Gorge Discovery Center, where among other things we saw several different rescue raptor’s.

The next morning we continued downriver again, heading for Stevenson, WA. Along the way, we noted how both sides of the river,

in addition the the river itself, are used for the transportation of goods (on the land by rail and highway).

For me, the highlight of this day was a return to Multnomah Falls, OR (at 620 feet it is the 2nd highest continuous falls in the US). We had visited here a year earlier and while there, I unsuccessfully attempted to photograph it. This time I brought an additional (and wider) lens that provided me with a more appropriate field-of-view. 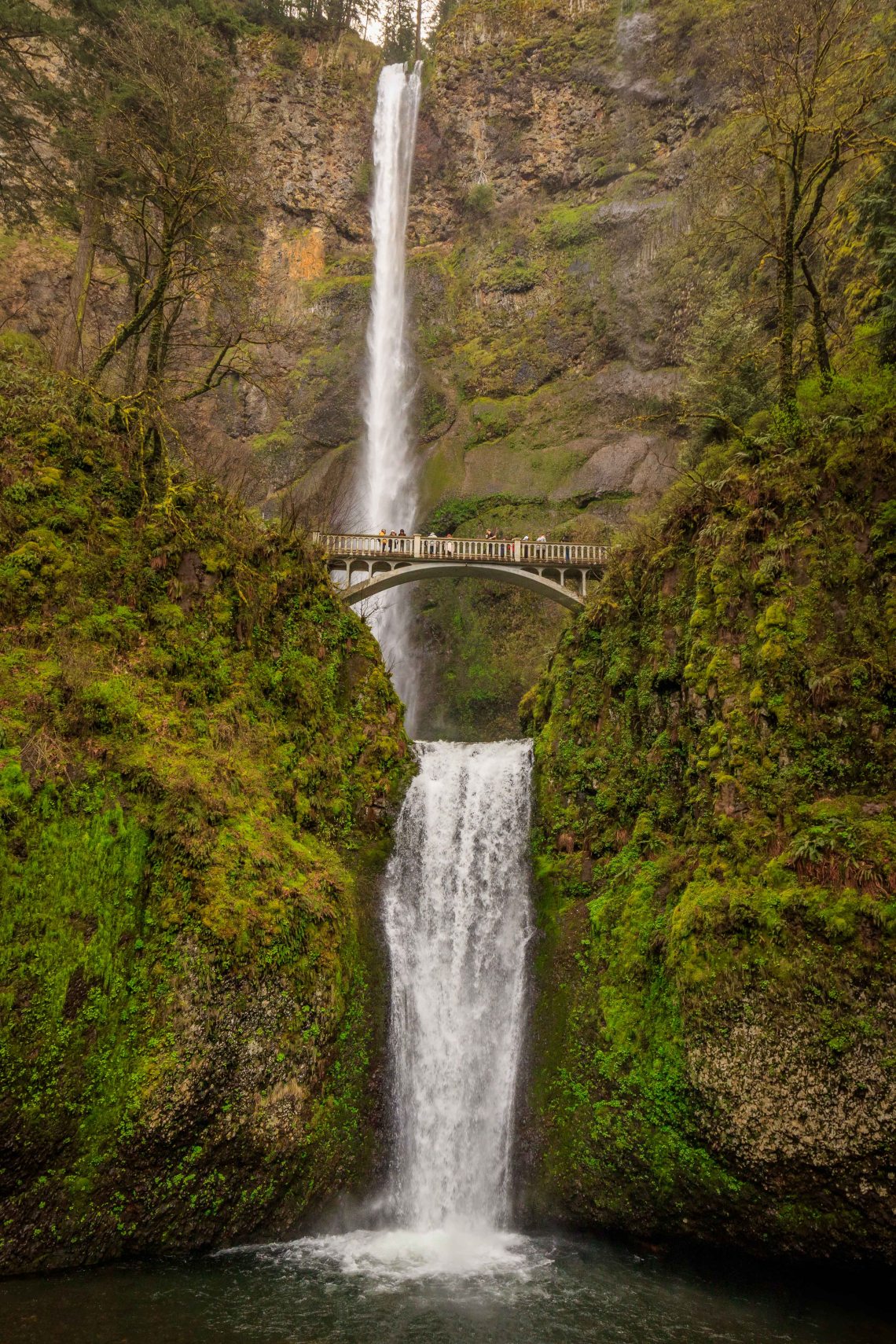 While in Stevenson, we also had the opportunity to visit a local craft brewery, Walking Man Brewing. While I enjoyed the visit, the tour, and the beer, I must say that it did not hold a candle to our favorite craft brewery, Culture Brewing Company of Solana Beach, CA.

I’ve not mentioned it previously in this post, but the major factor in making this particular river cruise so memorable was the outstanding historical presentations regarding the travels and travails of many key members of the Lewis & Clark expedition by Todd Weber (shown here in one of several period costumes he wore during the trip). You can find more about his tours and lectures at https://ilivehistory.com/.

We departed Stevenson early the next morning, made a brief stop in Kalama, WA so we could take a bus to view Mount St. Helens from the Johnston Ridge Observatory. Unfortunately, the road was still impassibly snowed in and the mountain itself was covered in clouds (translation: I’ve no photo of the mountain). 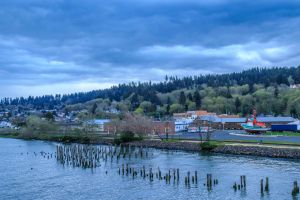 closest to the Pacific stop along this river cruise journey, Astoria, OR. While there, we visited the Columbia River Maritime Museum.

As it turned out, while on this trip, first one of us, then eventually all of us, came down with a very debilitating chest colds. Billie and I spent part of our time in Astoria finding a local pharmacy and acquiring some cold medicine.

The next day, the boat changed direction and began traveling upriver toward Portland, OR – our final destination and ultimate departure stop. I grabbed a last morning sunrise photo (for this trip) which, while attractive, also showed that we were heading into some rainy weather for our last day on board.

The next morning, we departed the ship and headed back to California.